Average cost of recovering from a single DNS attack is $924,390 for a large financial services company, survey shows 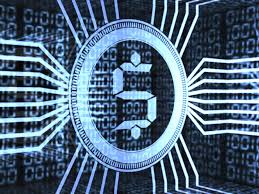 David Williamson, CEO at EfficientIP feels that the DNS threat landscape is continually evolving, impacting the financial sector in particular. This is because many financial organisations rely on security solutions that fail to combat specific DNS threats.

Financial services increasingly operate online and rely on internet availability and the capacity to securely communicate information in real time. Therefore, network service continuity and security is a business imperative and a necessity.

The UK’s Financial Conduct Authority voices concerns about weaknesses in banks’ IT systems.

There was a 48% rise in the amount of money stolen from UK online banks in 2014, as criminals pilfered more than £60m. But IT security teams at large finance firms have to balance their resources in the face of increasing cyber threats. A survey commissioned by VMWare earlier this year showed that 90% of IT security professionals in financial services have to make compromises that could leave other areas of their organisation exposed to cyber threats, and half admitted doing this regularly.