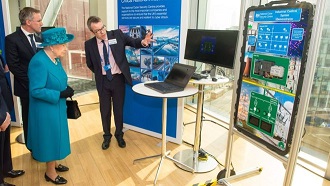 The NCSC is core to the government’s National Cyber Security Strategy, which was unveiled on 1 October 2016.

Staff in Victoria, central London, will be joined by experts from GCHQ and the private sector to help identify threats.

At the time, Chancellor of the Exchequer Philip Hammond said: “The new National Cyber Security Centre will provide a hub of world-class, user-friendly expertise for businesses and individuals, as well as rapid response to major incidents.”

Hammond said the government’s 2015 Strategic Defence and Security Review classified cyber as a Tier One threat to the UK, and outlined the actions the government needed to take to secure the country.

According to the National Cyber Security 2016-2021 report, NCSC’s role will be to manage national cyber incidents, provide an authoritative voice and centre of expertise on cyber security, and deliver tailored support and advice to government departments, the devolved administrations, regulators and businesses.

“The NCSC will analyse, detect and understand cyber threats, and will also provide its cyber security expertise to support the government’s efforts to foster innovation, support a thriving cyber security industry, and stimulate the development of cyber security skills,” the report said.

There were 188 cyber attacks classed by the NCSC as Category Two or Three during the last three months.

And even though the UK has not experienced a Category One attack – the highest level, an example of which would have been the theft of confidential details of millions of Americans from the Office of Personnel Management – there is no air of complacency at the NCSC’s new headquarters.

Ciaran Martin, the centre’s chief executive, said “We have had significant losses of personal data, significant intrusions by hostile state actors, significant reconnaissance against critical national infrastructure – and our job is to make sure we deal with it in the most effective way possible.”

As well as protecting against and responding to high-end attacks on government and business, the NCSC also aims to protect the economy and wider society.

The UK is one of the most digitally dependent economies, with the digital sector estimated to be worth over £118 billion per year – which means the country has much to lose.

It is not just a crippling cyber-attack on infrastructure that could turn out the lights which worries officials, but also a loss of confidence in the digital economy from consumers and businesses, as a result of criminals exploiting online vulnerabilities.

A sustained effort was required by government and private sector working together to make the UK the hardest possible target, officials say.

Russia has been the focus of recent concern, following claims it used cyber-attacks to interfere with the recent US presidential election.

“I think there has been a significant change in the Russian approach to cyber-attacks and the willingness to carry it out, and clearly that’s something we need to be prepared to deal with,” Mr Martin said.

Cyber 139 have been following Brian Kreb’s writings for a while and his Dilbert style post below caught our imagination: 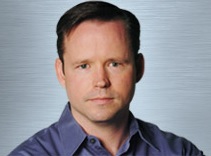 I’ve had several requests for a fresh blog post: A list of immutable truths about data breaches, cybersecurity and the consequences of inaction.

“There are some fairly simple, immutable truths that each of us should keep in mind, truths that apply equally to political parties, organizations and corporations alike:

-If you connect it to the Internet, someone will try to hack it.

-If what you put on the Internet has value, someone will invest time and effort to steal it.

-Even if what is stolen does not have immediate value to the thief, he can easily find buyers for it.

-The price he secures for it will almost certainly be a tiny slice of its true worth to the victim.

-Organizations and individuals unwilling to spend a small fraction of what those assets are worth to secure them against cybercrooks can expect to eventually be relieved of said assets.”

They may not be complete, but as a set of truisms these tenets probably will age pretty well. After all, taken as a whole they are practically a model Cybercriminal Code of Ethics, or a cybercrook’s social contract.

Nevertheless, these tenets might be even more powerful if uttered in the voice of the crook himself. That may be more in keeping with the theme of this blog overall, which seeks to explain cybersecurity and cybercrime concepts through the lens of the malicious attacker (often this is a purely economic perspective).

So let’s rifle through this ne’er-do-well’s bag of tricks, tools and tells. Let us borrow from his literary perspective. I imagine a Cybercriminal Code of Ethics might go something like this (again, in the voice of a seasoned crook):

-If you hook it up to the Internet, we’re gonna hack at it.

-If what you put on the Internet is worth anything, one of us is gonna try to steal it.

-Even if we can’t use what we stole, it’s no big deal. There’s no hurry to sell it. Also, we know people.

-We can’t promise to get top dollar for what we took from you, but hey — it’s a buyer’s market. Be glad we didn’t just publish it all online.

-If you can’t or won’t invest a fraction of what your stuff is worth to protect it from the likes of us, don’t worry: You’re our favorite type of customer!