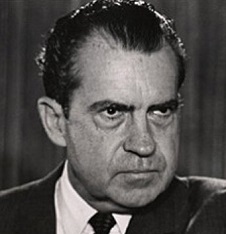 Now hackers are going after law firms for exactly the same reason. This month, US prosecutors charged three Chinese traders with securities fraud, saying they had made more than $4m trading on information allegedly stolen from two of the US’s best known law firms.

Though prosecutors did not identify the firms, the descriptions of them and the work they had done match Cravath, Swaine & Moore and Weil, Gotshal, two firms routinely hired by Fortune 500 companies to help run their big deals. Both firms have declined to comment.

Though prosecutors did not identify the firms, the descriptions of them and the work they had done match Cravath, Swaine & Moore and Weil, Gotshal, two firms routinely hired by Fortune 500 companies to help run their big deals. Both firms have declined to comment.

The US Securities and Exchange Commission said the hackers targeted seven firms known for their mergers and acquisitions work, hitting them with more than 100,000 attacks over a three-month period. They then struck gold with two

They then struck gold with two organisations. After installing malware on each law firm’s computer network, they gained access to their IT departments and from there broke into the files and emails of senior M&A lawyers. They ended up stealing nearly 60 gigabytes of data related to at least 10 potential deals.

In several cases, the information bore fruit — the hackers gained early word of Pitney Bowes’ 2015 offer for ecommerce group Borderfree and Intel’s 2015 purchase of Altera, and were able to trade ahead of them.

“This case of cyber meets securities fraud should serve as a wake-up call for law firms around the world: you are and will be targets of cyber hacking because you have information valuable to would-be criminals,” said Preet Bharara, the US attorney for Manhattan.

Other professional services firms should take note- your reputation and organisation are at risk from hackers.

This is not the first time the industry has been hit by hackers who specialise in what is becoming known as “outsider trading”. Last year federal prosecutors charged nine people in the US and Ukraine with trading ahead of earnings press releases that had been provided to Marketwired, PR Newswire and Business Wire. That case inspired other Ukraine-based hackers to try their luck with law firms, according to intelligence firm Flashpoint, which put out a warning in March.

Accounting firms that provide tax advice on mergers, boutique advisory firms, and consultants who weigh in on synergies and downsizing plans are almost certainly on the criminals’ hit list. Retailers, telecoms groups and internet companies, including Target, TalkTalk and Yahoo, have already had to pay the price for weak defences.

But in some ways, they got off easy. Most of the stolen passwords were old and the account details rarely included immediately usable information. At most, the hacks involved theft of credit card numbers, which come with fraud defences. So customers have rarely felt much need to hold hacked companies accountable. Yahoo, for example, seems to have suffered very little drop off in customer loyalty after announcing the first of two giant hacks, although the jury is still out after the second one.

Professional services firms will not be so lucky. Banks and companies pay extremely high prices for outside advice. They expect professionalism and confidentiality in return. Getting hacked by a bunch of Chinese traders is hardly a strong recommendation of either.

Faced with a choice of five law firms that invested in cyber defences that were strong enough to withstand a pointed attack, and two who did not, which would you choose?

Gloucestershire Police said in Dec 2016 that within our county 54 % of all reported crime was cyber related.

In other words, you have a much higher chance of being mugged online in your home or work place than you do wandering around any of our high streets at midnight at the weekend.

According to the latest report by the Office of National Statistics (ONS), there were 5.8 million incidents of cyber crime and fraud in the 12 months up to March 2016, affecting one in 10 people in England and Wales.

Despite the vast majority of small firms (93%) taking steps to protect their business from digital threats, two thirds (66%) have been a victim of cyber crime in the last two years. Over that period, those affected have been victims on four occasions on average, costing each business almost £3000 in total.

Small firms are also concerned about hacking and fraud when the card is not present, with the average information breach setting them back 2.2 days.

However just a quarter of smaller businesses (24%) have a strict password policy, but only four per cent have a written plan of what to do if attacked online, and just two per cent have a recognised security standard such as ISO27001 or the Government’s Cyber Essentials scheme. 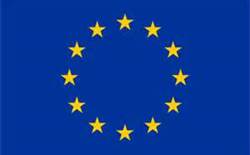 A two tiered system of fines will apply. Breaches of some provisions by businesses, which law makers have deemed to be most important for data protection, could lead to fines of up to €20 million or 4% of global annual turnover for the preceding financial year, whichever is the greater, being levied by data watchdogs.

For other breaches, the authorities could impose fines on companies of up to €10 million or 2% of global annual turnover, whichever is greater.

Hoping that BREXIT might help you? Wrong- speaking in parliament in the week before Christmas, UK digital minister Matt Hancock again confirmed that the GDPR “will become directly applicable in UK law on 25 May 2018”.

One of the many changes that the new Regulation will deliver when it comes into force on 25 May 2018 is a new statutory obligation on data security that data processors must observe above and beyond contractual duties agreed with data controller customers.

Under current EU data protection rules service providers that process personal data on behalf of other businesses cannot be held directly liable to individuals for a breach of data security. If data processors are at fault for data breaches then it is the data controller who contracted with them whose neck is on the block for any non compliance with data protection laws, although the data processor could be liable to the data controller under their contract.

The Regulation addresses this anomaly but makes a distinction between the maximum fine data protection authorities will be able to levy against data controllers compared to data processors for failings on data security.

The relevant provisions on data security are contained under Articles 5 and 32 of the Regulation.

Article 5 sets out basic rules on personal data processing which only apply to data controllers, considered to be fundamental to data protection. One of those rules requires data controllers to ensure that personal data is “processed in a manner that ensures appropriate security of the personal data, including protection against unauthorised or unlawful processing and against accidental loss, destruction or damage, using appropriate technical or organisational measures”.

According to the Article 83 provisions of the Regulation on administrative fines, where data controllers breach that Article 5 requirement they can be served with the highest possible fine that data protection authorities will be able to issue under the reformed framework.

In contrast if data processors breach their statutory data security obligations, set out under Article 32, which requires them to “implement appropriate technical and organisational measures to ensure a level of security appropriate to the risk” of their personal data processing, then the most they could be fined is up to €10m or 2% of global annual turnover.

Data controllers are also subject to the Article 32 obligations. It therefore appears open to national data protection authorities to fine data controllers for any data security failings under Article 5 or Article 32. Their choice in those circumstances would impact on the severity of the fines they could issue.

Whether security measures are appropriate in each instance will depend on “the state of the art, the costs of implementation and the nature, scope, context and purposes of processing as well as the risk of varying likelihood and severity for the rights and freedoms of natural persons”, according to the Regulation.

Beyond the imposition of administrative fines for data security breaches, the Regulation will also introduce an updated right for data subjects to claim compensation for damages they suffer from such incidents.

A data controller or data processor could be sued for compensation as well as being exposed to the administrative fines – being fined will not shield it from compensation claims, and vice versa.

The revised right will allow data subjects to pursue either data controllers or data processors for all of the compensation owed to them for the damage they have suffered from a data breach, although a processor will only be liable for damage caused by processing where it has not complied with any part of the Regulation that applies to them or if it has “acted outside or contrary to lawful instructions of the controller”.

Data controllers pursued for damages will be able to claim back all or some of the money they pay out from their data processor if the data processor was  in fact responsible, wholly or in part, for the breach.

Equally, data processors will have the same right to claim back money from data controllers, or indeed other data processors involved, whose fault caused or contributed to the damage, if the data subject pursues the data processor for the full compensation pay-out.

Cheltenham based cyber security and protection firm Cyber 139 wishes you a secure and prosperous New Year for 2017.

Overall 24% of ALL businesses surveyed in 2016 had had one or more cyber security breaches in the past 12 months- so please don’t let you be a victim in 2017.