The Queen’s Speech has been praised for removing any doubt about the UK’s commitment to data protection. 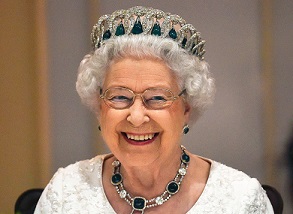 This is a significant move that will provide businesses with certainty on the UK’s intention to meet the obligations of the GDPR.

The UK has long been a world leader in data protection. We have one of the strongest regulatory frameworks in the world and our system is highly respected. We can now build on these foundations to ensure the country continues to be a real destination for data-driven business post-Brexit.

Countries such as Germany have already started this process, so it is in the UK’s interests that the government follows suit and gives businesses some certainty as soon as possible, given the high fines which will apply in this area in less than 12 months’ time.

While GDPR will be included into UK law post-Brexit, the proposed bill adds additional safeguards, including overhauling the powers of law enforcement and the powers of the information commissioner.

If the government is serious about making the UK the safest country in the world to be an online user, this legislation is another step towards that goal.

Peter Carlisle, vice-president for Europe at Thales e-Security, said it was encouraging to see that the UK government will be placing a greater emphasis on establishing a world-class data protection regime.

“The greater the volumes of data accessible online, the greater the potential for exposure and the increased chance of hackers taking advantage of systems that some have thought impregnable,” he said. “Ensuring that both individuals and businesses have as much control as possible over where and how their data is used is critical to the UK’s broader cyber security strategy.”

“Making the UK the best place to start and run a digital business requires far more than a commitment to boosting security,” she said. “As customer expectations and data usage grow, factors such as speed and service resilience become ever more important, so it is vital that the Conservatives keep their manifesto pledge to accelerate rollout of the full-fibre technology that will improve service across the country and establish the clear path to national fibre coverage they’ve promised over the next decade.”

Research conducted for Beaming earlier this year revealed UK businesses were subjected to almost 230,000 cyber attacks each during 2016, on average, that 52% of UK businesses fell victim to some form of cyber crime in 2016 at a cost of £29.1bn, that viruses and phishing attacks were the most common corporate cyber threats faced by businesses impacting 23% of the businesses surveyed, and that just under a fifth of firms suffered some form or hack or data breach in 2016.